Khao Yai National Park Entrance Fee, How much admission fee for foreigner to Khao Yai Thailand?. Khao Yai National Park covers more than 2,000 square kilometers of forest and grassland in central Thailand. More than 50 km of hiking and biking trails wind through the long-standing nature preserve, and The park also shelters diverse wildlife such as bears, gibbons, elephants and hornbills. Khao Yai is along the way from Bangkok to Nakhon Ratchasima province (Korat). The nearest town to the north entrance is Pak Chong, which can be reached either via train or buses running between Bangkok and Nakhon Ratchasima province. From here taxis, local transport or songthaews car, motorbike van rental car hire can take you onto the Khao Yai National Park. The south entrance is about 13 km north of Prachinburi province – Head north on the roundabout on Rt 3077. A road runs through the length of the park from the Pak Chong side to the Prachinburi province side. Way to the park is an easy and convenience drive by road from Bangkok Thailand. 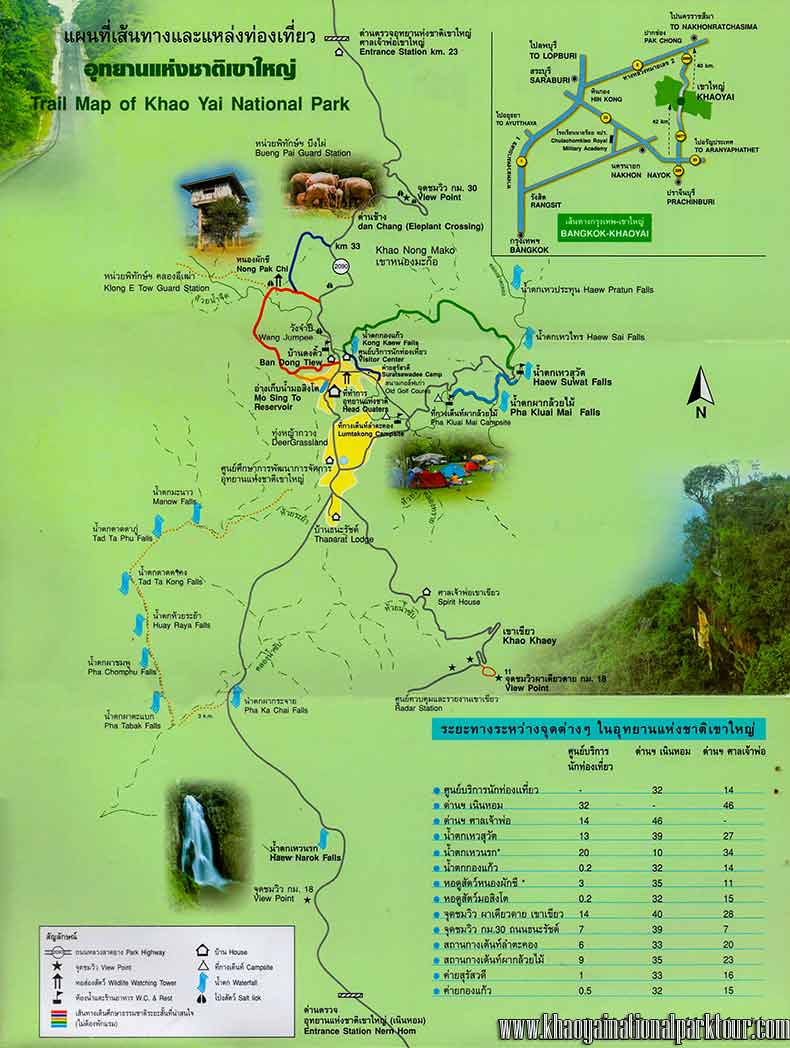 How to get to Khao yai national park from Bangkok?

All route after you arrived Pak Chong,  then continues with departure from Pak Chong to Khao Yai National Park by local car transport service there, Thai people call Rod Song-Taew Pai Khao Yai ( รถสองแถว ไป เขาใหญ่ ) This local transport service is operates from 8 am. until 5:00 pm.